"West Berliners seem pushy. Stay off of their bike paths or they will run you over. WB more built up. EB more trees. WB many expensive cars (Ferraris). EB all cars Trabant...Rows of houses on EB side of Wall are abandoned and look black and dingy. It's obvious some were once magnificent homes. Many people ride bikes...Police Patrol EB more frequently than they do in WB. I see groups of 3 or 4 around all the time."

"I fell asleep on the way to Checkpoint Charlie. The longest darkest hours I have spent yet were at Checkpoint Charlie (a little melodramatic weren't we Lou). When they woke me up at Checkpoint Charlie, I didn't have that usual tiredness, I was up and alert. As we passed the sign and the US guy, I was scared. The bus was dead silent."
We were warned not to make any trouble at the border crossings, and this was our first one.
"We were going extremely slow. We pulled up behind some other buses. I wasn't paying attention, and when I looked up, I was looking into the face of a man in a green uniform. Gradually the din arose around me...

Then we had to fill out visas and after that, a woman came on the bus and stared each one of us in the face to make sure we were the same people as our passports. It took about 1.5 hours to get through the checkpoint.

After getting to the hotel, I went out swimming. The lake didn't really have a beach. Women and teens were swimming naked, which was a completely foreign concept to us. The bottom sloped gradually away from shore, so 100 yards out and the water was only up to my waist. The water was really dingy like there was severe industrial pollution. Jess went swimming with me and we got Tania and Jay soaked. Had goo for dinner. Walked along path with Jessica, Lisa, and Dan. 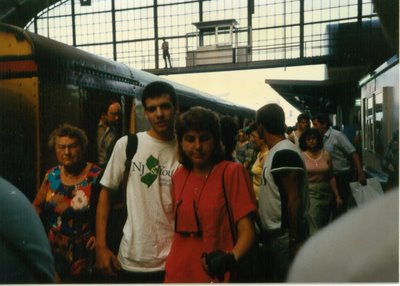 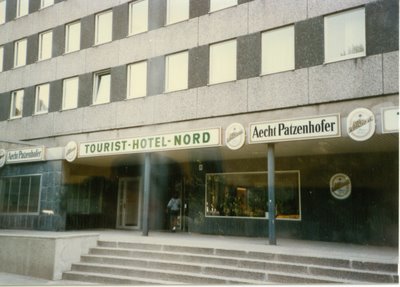 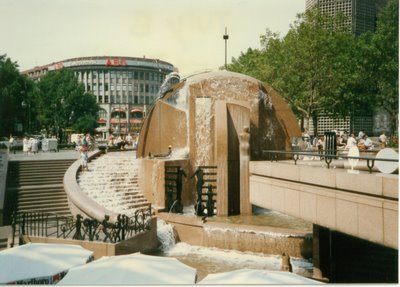 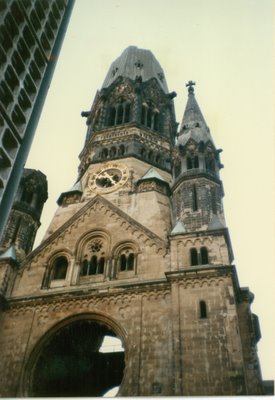 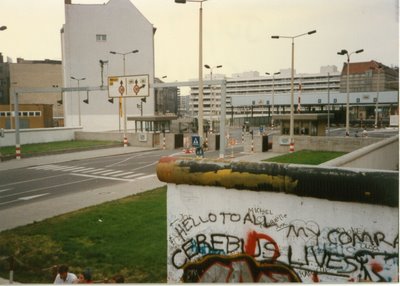 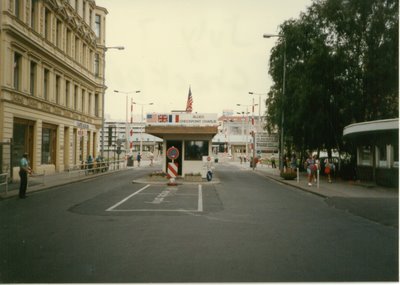 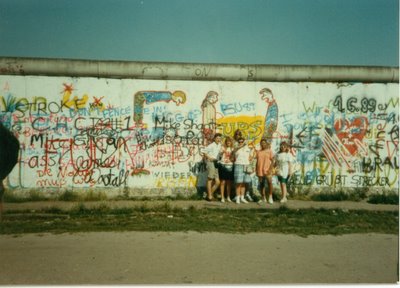 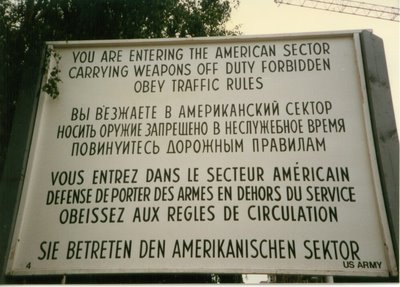 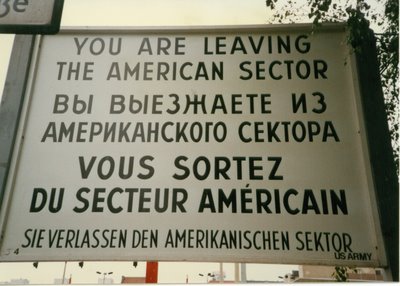 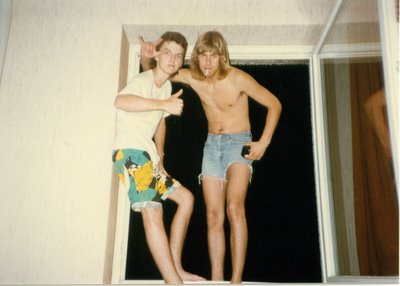 Briefing at Marvin Center. Speaker totally trashed the Soviet Union. After lunch we met with the consulate at the Polish Embassy. The rest of the day was spent racing to planes at National and JFK. The movie "Rain Man" was playing on the flight. 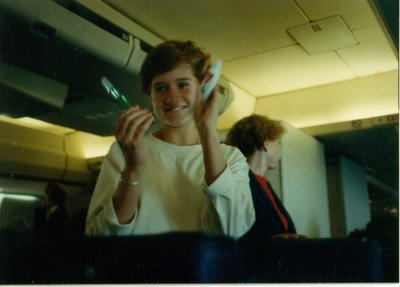 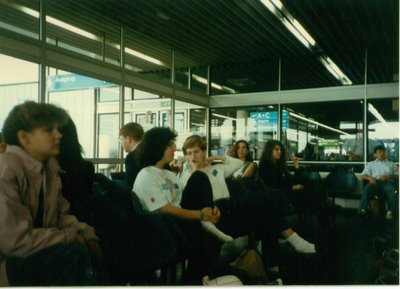 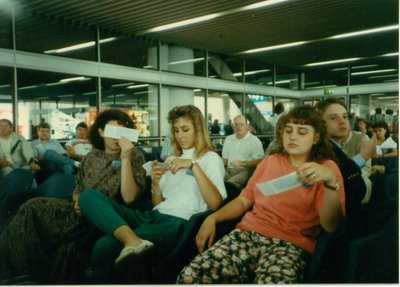 Three alarm clocks went off at 6am, they were not simultaneous. Breakfast was three blocks past Guam. Afterwards, we went to a briefing by the head of Public Relations and the Head of the White House "Thousand Points Of Light" Program. Their message was that we were Ambassadors for Peace. The White House guy wanted us to convey a message that the US is solving problems like homelessness. After lunch we wandered in and around the Smithsonian in the rain. (I wrote that dinner was at the Crystal Caverns - which I now know is Crystal City.) Took a floodlight tour of the monuments. 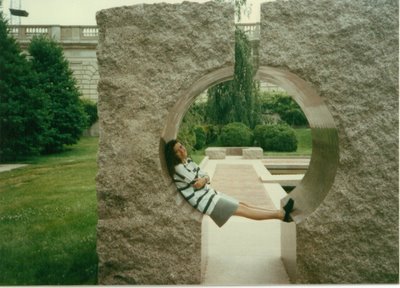 These were my photos and journal entries for a People To People trip that started on July 4, 1989 and toured Eastern Europe. The photos are embarrassing. The thoughts I had as a 17 year old male away from his parents for 28 days are even more embarrassing, so I reserve the right to poke fun at myself or in extreme cases redacting sections that are just way too embarrassing. In some cases, I've forgotten who is who, but I think by the time I have this finished, I should have everyone's name right for the pictures.

4.5 hour bus ride to DC. We stayed at Thurston Hall at GWU. We wandered around DC for awhile before an organizational meeting. At dinner, we met some Soviet students. Larissa, Joe (from Springfield, MA) and I took our Soviet charges down to the mall for the Fireworks (I remember being on the edge of some body of water, so it might have been the reflecting pool, or maybe the tidal basin). The fireworks were amazing and I seem to remember music as well. 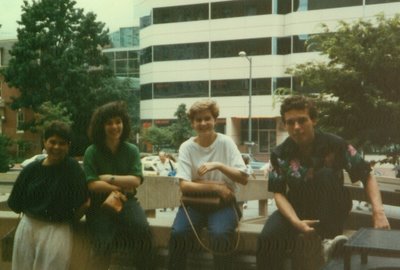